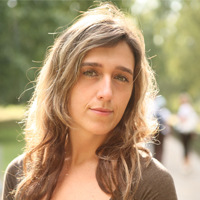 Kathryn is originally from Swansea and is the CEO at United Purpose, Wales’ largest international development agency.

United Purpose is a movement of people and organisations that strive to end poverty and inequality across the globe. UP is a leader in community-led development and grassroots innovation. For more than 40 years, UP has worked with frontline activists, community organisations and individuals to help people gain agency over their own lives - so they can move Beyond Aid.

Kathryn has been involved in human rights campaigning and international development management for over a decade. Her previous roles include: Executive Director of The GREAT Initiative (a gender rights charity); Acting CEO and International Director of Pump Aid (a water and sanitation NGO working in Zimbabwe, Liberia and Malawi); managing ‘Live Below the Line’ for the Global Poverty Project and working as International Development Director for The One Foundation. Kathryn has won a number of awards including the Sheila McKechnie Conflict Resolution Award for her campaigning work on democracy in Zimbabwe and an UNTLD award for social entrepreneurs. Kathryn was also an advisor to Channel Four’s Battlefront show mentoring young campaigners. 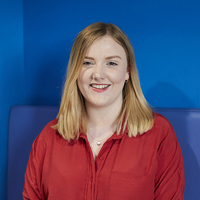 Ellen is the Senior Policy Officer at Sustrans Cymru, leading the way when it comes to helping Wales become a nation where walking and cycling are the normal way of getting about for local journeys.

Ellen served as NUS Wales President 2017-18, during which time she successfully campaigned for an interim support package for postgraduate study in Wales. She also supported the work of students’ unions by granting a third of her budget to campaigns to improve students’ mental health. Previously, she served a year as NUS Wales Women’s Officer and spent a lot of her time campaigning for more inclusive sex and relationship education on the curriculum, including serving on the ministerial expert group. Her work contributed to the new Relationships and Sexuality Education curriculum. She was President of the University of South Wales Students’ Union 2015-16.